This report covers the last three years of KCCDMFI from fiscal year 2016 to FY 2018.

2016 was a period of rehabilitation for KCCDMFI. The enactment of the Microfinance NGO Act of 2016 provided KCCDFI the external push to put our house in order. The law, authored by Senator Bam Aquino and Append Party list, provided the legal basis for KCCDFI to undertake its rehabilitation. In the past the Corporation Code and the Securities and Exchange Commission offered minimal guidance to microfinance NGOs (MF NGOs). But the latter’s phenomenal growth in the Philippines and increasing cases of malpractice and failure pushed Congress to enact the new law. On the other hand microfinance NGOs wanted relief from heavy taxes imposed by BIR applicable to commercial financing institutions.

The new law charged MF NGOs a gross receipts tax of 2% in lieu of the 5% plus 30% income tax charged to commercial financial institutions. The law also required that MF NGOs be accredited by the Microfinance NGO Regulatory Council (MNRC). To be accredited MF NGOs should score an average of 70% in a grading system based on three standards: good governance, social performance and financial sustainability.

Where before most MF NGOs had a passive board of trustees (BOT), giving the president and management a free hand to make major decisions, the new law requires the board of trustees to take the leading role. With this legal fresh mandate, and pressure from our creditors, the BOT took over control of KCCDFI.

In March 2016 the BOT appointed Ibarra A. Malonzo to replace Rodolfo Quinday as president upon the latter’s resignation. The BOT was reconstituted with new members to replace three resigned trustees. The BOT held 10 and 12 meetings in 2016 and 2017, respectively.

The BOT instituted the following measures over a two-year period:

But these were remedial measures to satisfy our creditors. We had bigger problems. We had plenty of competitors in the microfinance business and we were not even competitive in our home grounds in Zamboanga City, Sibugay, Basilan, Jolo and Bongao.  Our ambition to conquer the rest of Mindanao and even the Visayas was short-lived. We shut down 14 branches and left around P40 million in uncollected loans.

Why could we not compete in the microfinance market?  The quick answer is: microfinance had been changing rapidly since we started in 2001 but we stopped changing.

We stuck to manual recording of field transactions and it took months for management to discover fraud by our field staff.

We stopped training and retraining of staff, probably fearful that their new knowledge and skills would exceed that of management.

Our name is Kasanyangan Center for Community Development and Microfinance Foundation, but we were just doing lending like Bombay operators. We did not empower our members to develop their communities. We forgot that our mission is to help poor nanays, tatays and communities rise out of poverty.

To rehabilitate is to rebuild KCCDMFI so we can again stand up and compete in the business world of microfinance.

For the past three years, we focused on four urgent tasks:

First, we shifted from manual recording to a management information system called “Instafin” that is entirely computerized. Instafin connects the field credit officer (FCO) with head office through the internet and allows head office to discover fraud immediately. The system also sends text messages to the borrowers as soon as they make a transaction such as loan release, loan payment, savings, contributions, insurance contribution payment and claims received.

Second, we are addressing in earnest the challenge of community development. BOT member Luming Cabigas has initiated the formation of Kasanyangan Community Clubs (KCC) that run parallel to our centers and branches. The KCCs aim to be the organization of our borrowers and potential borrowers that shall undertake self-help and mutual aid projects. They have their own fund-raising sources such as membership fees, savings and raffle draws to undertake community projects. As local community organizations, they can access government social services for help and support in health, sanitation, education, livelihood development and environment protection.

Third, we have started a business development unit that has developed new loan products such as house repair, education loans, and micro agricultural loans and is providing business skills training for our borrowers.

Fourth, we are taking better care of our staff by providing them with more benefits and skills training.

We still have a long way to go in these four areas. 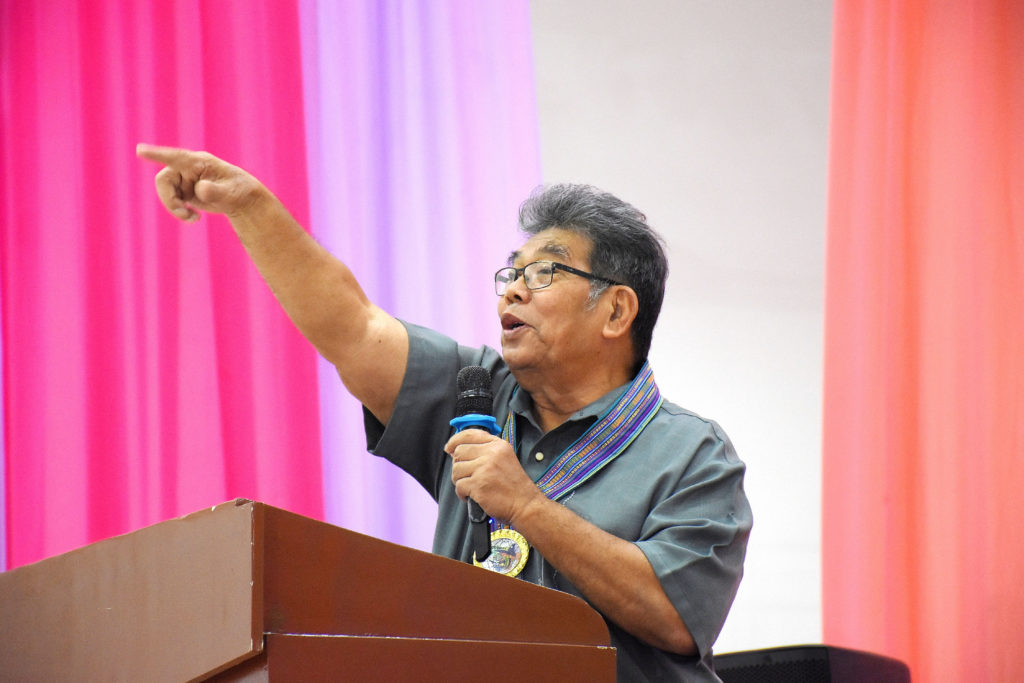 Let me now report on 2018 which, I am happy to tell you, is a year of recovery for KCCDMFI.

We opened three new branches in 2018, namely, Liloy, Olutanga and Marikina. This clearly shows that KCCDMFI is no longer sick. We are now in good health.

As evidence of good health we got our initial accreditation from MNRC last year good for one year up to March 2019. We amended our name to KCCDMFI in 2017 as required by MNRC guidelines.

We received our second MNRC accreditation in March this year, for a three-year period effective April 1. This means we passed the MNRC standards for good governance, financial sustainability and social performance based on our application report. But MNRC will review and validate performance and compliance with their directives.

We had substantially recovered by 2018 and we are confident we can move forward to a brighter future.